‘THE FACILITY’ – REFLECTIONS ON ART-MAKING 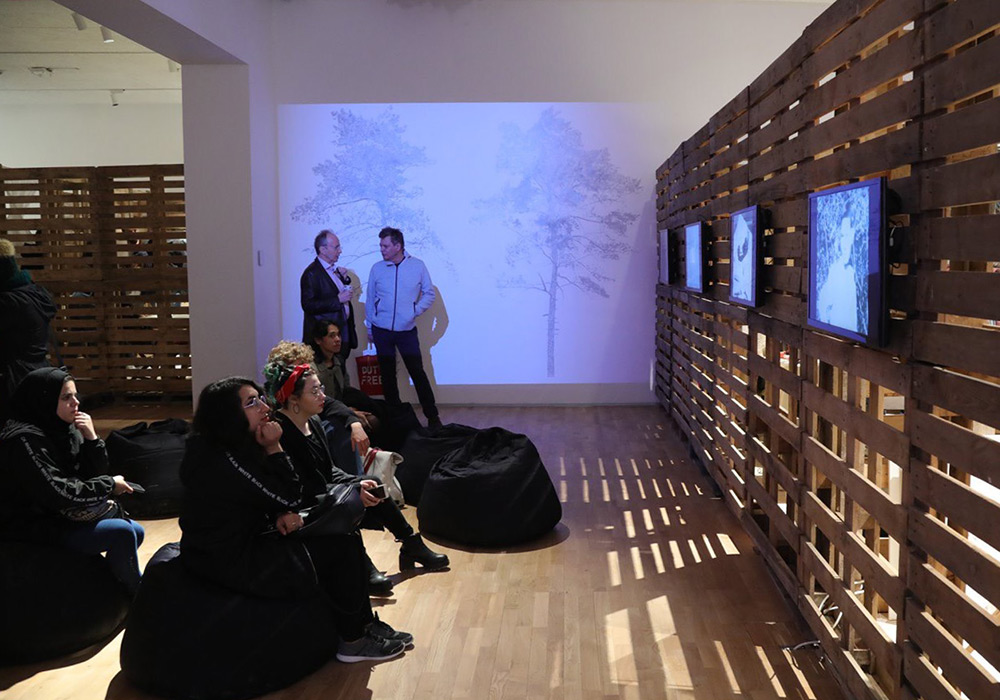 The concept of the exhibition is to create an interactive space where the artist and the ‘audience’ can interact. The exhibition breaks with the classical binary relationship between the finalised artwork and the audience by presenting a holistic view of the process of making art, where the artist, the studio, the process of making, the artwork, and the audience’s experience come side-by-side in one place. In addition, it aims to question the idea of providing working spaces and studios for artists, especially young artists. The opening took place on Saturday, March 23rd at the gallery of the new A. M. Qattan Foundation at Al-Tireh Neighborhood in Ramallah, and ended this May. This exhibition is the second, following Subcontracted Nations, the opening exhibition for the foundation’s new building.

The space is divided into three ‘blocks’, each with five or six room-cum-studios for each artist, built and divided using plywood pallets. The opening was without any finalised artworks. Instead, visitors were invited to mingle with the artists, curators and other visitors, involve themselves with the process of artwork production, visit the artists in their ‘studios’ under the artists terms. The curatorial team also provided the space with a common kitchen area and a huge table for eating and discussions. Going back to the matter of opening an exhibition without artworks – final artworks themselves are not important nor the level of the participants or how well-fit are their artistic tendencies or authorship? What is shown is the ‘making’ not the ‘made’. It is a large social sculpture exhibited. This ‘easy-going’ curation as well gave opportunity to young artists to participate without any restrictions or filtering according to their original concepts or pitching.

On the walls of the exhibition you can find huge graphite sketches of trees. A background soundtrack of bird sounds that plays in the exhibition space can be heard. On the same walls, real trees are projected over the sketched ones – this social space, with ‘real’ artists working on ‘real’ artworks, is not a ‘real’ social space like the ones being found outside the white cube. Those hints questions the ‘realism’ of the exhibition itself. The exhibition could be a representation or an imitation of reality. Actually, it could be seen as a heterotopic space, where real social relations are scattered and paradoxically, eclectically condensed and brought into another place (namely, White Cube). These different hints also remind visitors to be actively engaged with the process of making art, rather than passively watching artists in their room-studios, as if they were walking around a zoo.

On the other hand, a wooden wall holds four displays that screens four video-art Works of artist and avant-garde American-Ukrainian filmmaker Maya Deren. Main elements of Deren’s works are movement, choreography, and performance. In this exhibition, her videos are being shown and placed vis-a-vis our artists. This juxtaposition, deliberately ignoring the potential final artwork of each artist, could make an interpretation of this individual art-making process as a collective performance art valid. One might questions if the artists are ‘really’ working on their usual art as in their real studios or if they are imitating the process of making and being in a mass performance art ongoing on the whole exhibition period. 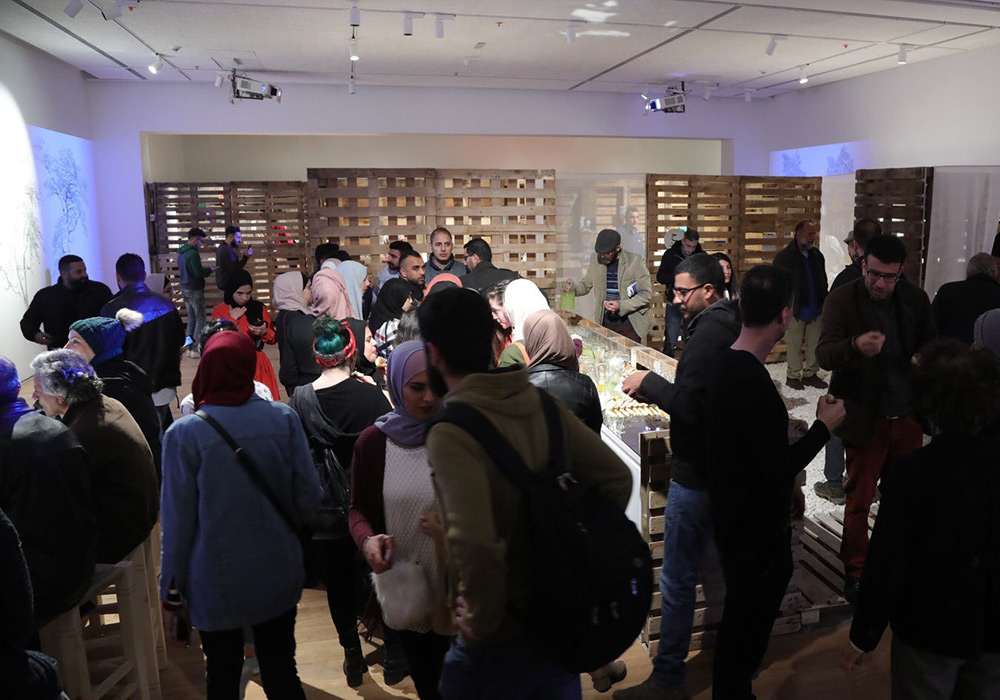 In Marxist thought, a fetishism of commodity in simple words means perceiving commodity in its final state, and only being objectively conscious to its ‘use-value’ and the relations between commodities themselves rather than social relations between workers labour, or between labour time-work itself and the final commodity. Hence, alienation emerges between all elements of this equation, producers, produced, production social relations, and consumers. ‘High-end’ or ‘blue chip’ artists are no exception of this alienation from the produced/commodity/artwork since many commission art production to others. Furthermore, in modern-classic curated exhibition, ‘social’ relationships are only constituted between curated final artworks (commodities), rather than social relationships between artists and the art production process. In contemporary art, is a commodity/artwork valuable because human labour is expended to produce it, or because it is, by intrinsic nature, valuable? The answer to this critical dilemma is not important in this exhibition; the argument is banished. Rather, the focus is on relationships between the human beings behind objects. Less fetishised artwork, less alienated public. All of this is simply there at the opening day. A forest of mixed bees-humming sounds in which a recording can be a stand-alone work of sound art. All people here are connecting, talking, discussing, laughing, mingling, and exchanging thoughts between each other and artists. This mellow, merry-go-round atmosphere is rarely seen in other, traditional art venues.

This unique experiment can bring meaningful and interesting discussions to the future. Those discussions might include ways of producing contemporary art change. In addition, this residency-exhibition could be a great opportunity for young artists to form new bodies and collectives that produce art in unconventional ways. This opportunity might be a seed for new unconventional exhibitions and ways of producing art for both levels: artistic and institutional. We may also witness more projects which focus on making art-studios accessible all over Palestine. We can only hope for the best.

In this ‘experimental curatorial’ exhibition, at least locally, curatorial power determines if this ‘social setting’ or art-making process can be an exhibition. To what extent does this tendency control the atmosphere? It is important to distinguish between the artistic tendency to include an activity within an artwork as ‘performance’ and the curatorial power to designate something as ‘art’ through its inclusion in a White Cube. How artists see themselves and their artwork-making in this exhibition is different to the curator’s power to transform their ‘labour’ to a performance. Both parties have different interests. A radical example of this is what happened in the 28th Sao Paolo Biennale, In Living Contact – the original biennale idea was to create a situation devoid of artworks (though, later on, this attitude changed, the biennale included many ‘voided’ spaces for social interaction in the pavilion and so on). The curatorial statement claimed that those spaces will be used as spaces for social and artistic dialogues and interventions. In the opening, forty graffiti artists collective nicknamed PiXacao: Arte Ataque Protesto decided to utilize this chance and ‘intervene’ by protesting art dictatorship and commodification of graffiti art by spraying mantras such as, ‘THIS IS WHAT ART IS’, and, ‘UNDER DICTATORSHIP’. While one might think that this action is still perfectly inkeeping with the original sentiment of the biennale, it was not taken lightly. The group were stopped, arrested, and fined. This is a very clear example of curatorial power over artist authorship. What would happen if the dialogues between the seventeen artists themselves and the public led them to a radical idea of dismantling the entire exhibition and taking it somewhere else, or just destroying it? Would our voided White Cube still be an exhibition, with people still visiting what could be an unexpected turn of ‘the process’ of making art? Can a void still be ‘curated’? Recording and documenting this unique experience and how it would be end like will lead to an important discussion. So, let’s wait and see. 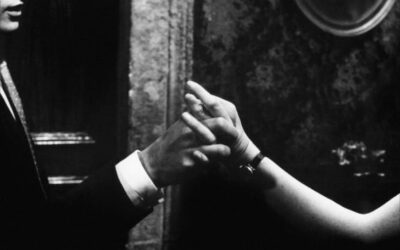 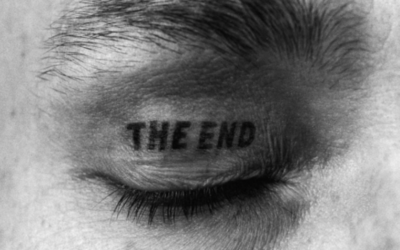 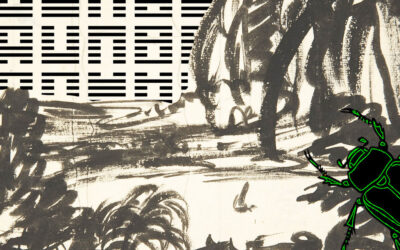